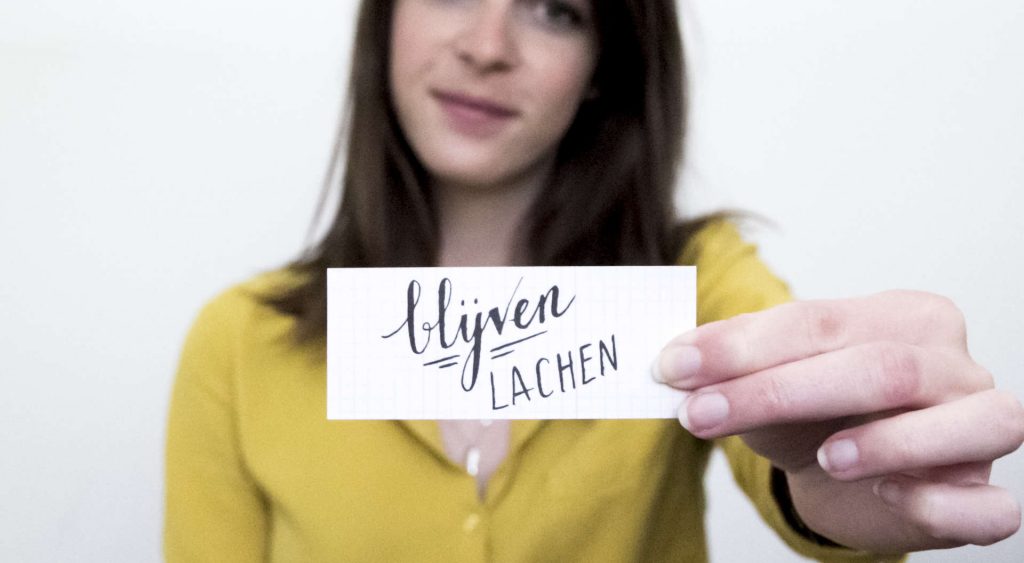 Acceptance of diabetes; one month after the diagnosis

In the past few weeks, I have received many heart-warming messages. Both online and offline. Only less than eight hours after being admitted to the hospital, my friend Irenka was standing in front of me with a balloon. When I got back home I received a number of cards, e-mails and comments on my articles, even though it was sometimes difficult to find the right words. Thank you all so much again, I really appreciate it so much! Often I was told that I am so brave, that I am doing so well and that I am dealing with it in such a positive way and people were a bit shocked when I told them that I was already back at work again.

But don’t you think it sucks?

Yes, of course! It sucks big time! It sucks so much that I don’t even have the right words for it. I am disappointed and angry. Why should I, a 24-year-old girl with a (reasonably) healthy lifestyle, get type 1 diabetes from one day to the next? What on earth have I done wrong to this world? Why me? It’s easier to live with it these days, but initially it felt like ten years had been taken away from my life and I’d have to be very careful for the rest of my life.

When I was told at the emergency room that I had to go straight to the hospital and would be hospitalised there, it did come as a shock to me. I panicked. I cried my eyes out, but that was quickly got replaced by practical matters. Then called my mum and dad, packed my things and quickly went to the hospital. After the first examination and my father and boyfriend leaving, I was alone in the emergency room for a while, at two o’clock in the night. There came the tears again. But that too was short-lived, because there was the nurse with a wheelchair to wheel me to my bed. The days that followed went quickly because of the enormous amount of information. Apart from a few minor nervous breakdowns, I felt emotionally quite strong.

How can you be so positive about it?

Well, that is a good question. To be honest, I am a bit surprised myself as well. If this had happened last year, I think things would have been a bit different. Funnily enough, I think that my quarterlife crisis is the main reason why I am dealing with it in a reasonably ‘rational’ way. Last year I was worried about the smallest things and I decided for myself that this had to stop with the motto; It is as it is.

In my article on mindfulness: Can you change it? Then change it. Can you not change anything about it? Annoying, but it is the way it is, try to make the best of it….

As harsh as it may sound, I have no choice! How much I would like to change it, I can’t. Type 1 diabetes cannot be cured and as I said last year, it’s annoying (maybe a bit more than annoying), but that’s how it is, just try to make the best of it. That’s the only thing I can do for now. Sure, sometimes I have a moment where I’m crying in bed, but in the end that doesn’t change the situation and so I move on.

Writing helps in the process of acceptance

It helps me a lot to write about it, as I am sure you have noticed! 😉 I also enjoy reading about it and doing little experiments with food. For example, I now know that I get a huge blood glucose spike after eating pasta. Also I have tested the effect of Ben & Jerry’s and pizza a number of times, so I won’t let those pleasures be taken away from me and luckily I don’t have to!

For now, I still see the diabetes nurse and dietician on a regular basis and I have a list of questions ready for them every time. Something I also really like is information. I want to understand it and I want to learn and know as much as I can about it. They sometimes call that a control freak…

Since the diagnosis I have been having flat emotions

The only thing that does bother me a bit are my flat emotions. I may have things well under control for now, but since the diagnosis I have felt quite emotionless. Sometimes I’m a bit sad and sometimes a bit happy. But it’s not much more than a ‘bit’ at the moment. Not that surprising, since I feel abandoned by my own body. I had secretly expected to end up in a very deep and sad state with enormous crying moods, but that is apparently not the case. In itself I’m glad about that, but it also makes me feel very neutral. I think it just needs some time before the bond with my body is restored. I’m sure we’ll become friends again in the end.