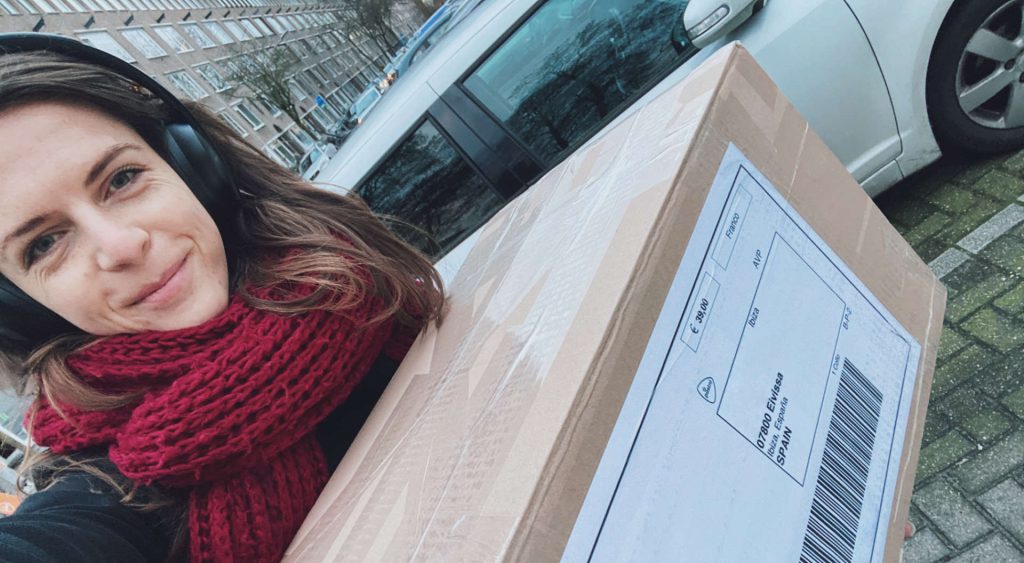 Flying back to the Netherlands for my diabetes supplies

A boyfriend in Spain, a pandemic and having a chronic illness can lead to very interesting situations. When I was with my boyfriend in January, I noticed that I had reached a point where I was done with it. Not with him or our relationship, but with all the stress and difficulties of being in a long-distance relationship in times of corona. The trip to Spain hadn’t been too easy and I noticed that I wasn’t really looking forward to the return trip either. I would have preferred to stay a while, without flying back to the Netherlands. And if I could have, I would have. But I had to go back to get my diabetes supplies…

They also have those diabetes supplies in Spain, right?

When the need arises, it is probably possible to get diabetes supplies in Spain. But if we are talking about a quarterly supply of infusion sets, reservoirs, insulin, sensors and the rest of it, it becomes a more difficult and expensive story. Purely out of interest, I asked my supplier if it was possible to send my quarterly stock to Spain. But they were not too enthusiastic about it. Which I do understand.

Once I had decided that I was going to stay in Spain for a longer period of time, I considered having the quarterly supply delivered to my parents. They could then send it to Spain. But there was also a brand new insulin pump waiting for me in the Netherlands. And I didn’t feel comfortable sending something of such value by package. So there was only one thing to do: fly home myself. And I actually also wanted to fly back home to give my parents a hug and to leave my house well prepared for a longer period of time.

The journey I will not easily forget

The journey back to the Netherlands was terrible: the corona measures had been tightened and communication with the airline was not great. Although I had followed the rules, I got unexpectedly stuck in Madrid after being refused to board the plane. After not even my tears could convince the airline that I was in the right, it was simply a confirmation for me. I fly back home, make sure I have my diabetes supplies with me for a few months and will not fly back to the Netherlands for the time being.

At that moment, I realised how dependent I am on these supplies. I was in Madrid and I had nothing with me. No new infusion set, no insulin, no new sensor, nothing. If just one part of the setup that controls my blood glucose were to fail, I would have a big problem.

It was a logistical puzzle

The next day, things went much better. I managed (with some difficulty) to get my boarding pass to fly home. I was overjoyed. In the following hours, all I could think was “Yes! I’m going home! I am going home!” Once home, I had a week to arrange everything before flying back to Spain. I called my supplier for the diabetes supplies I would need for several months. Then I made an Excel sheet with an overview of everything I still had, what I needed and until when it would be enough. I then investigated the best way of sending a package of quite a bit of value to Spain and, importantly, how long it would take.

In the end, I divided my diabetes supplies. In my hand luggage I had everything I needed to last about four weeks, the rest was being shipped. If for some reason the package got lost or delayed, I had at least four weeks to find a solution. The package itself, which would take 3-5 days to ship, contained the supplies for two months. Even though it is not my intention to stay in Spain for three months at a time, it is nice to have enough supplies and not have to worry about it.

In the end, the package was delivered after two weeks and I was glad that I had carried a large part of my supplies in my hand luggage. Logistically it was quite a challenge, but fortunately everything turned out fine in the end!