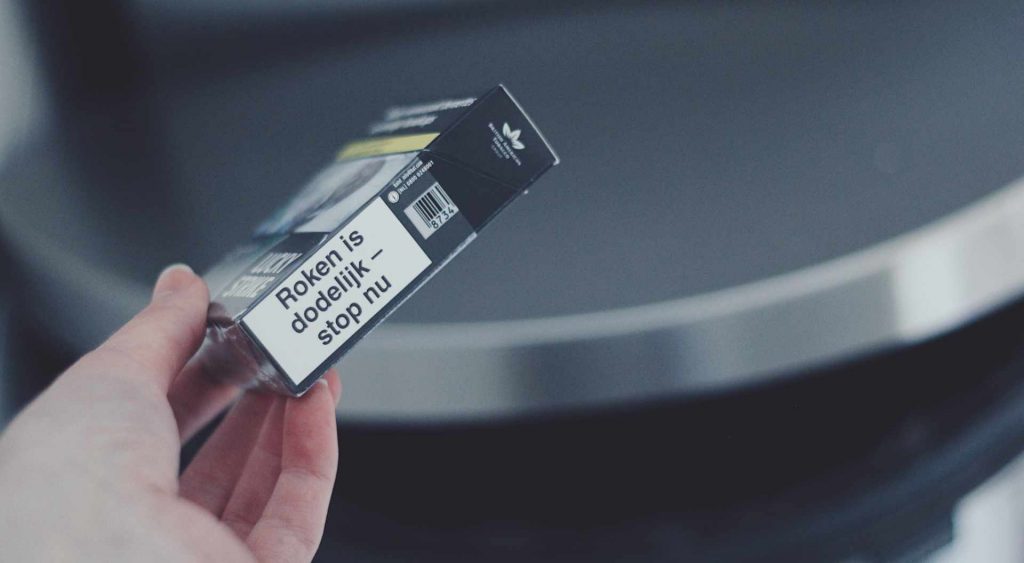 How to quit smoking; my experience with Champix

Today it is exactly four months since I quit smoking. And I can hear you thinking. Huh? Smoking? You? Mm-hm. “I would have never expected that from you.” It is the most common response I get when I am seen with a cigarette. Four months ago, after many years, I decided that it was enough. I had never been so convinced. Partly because this time I really felt the motivation to quit, but also because during this attempt I got help in the form of a little pill: Champix.

A year ago, two (former) colleagues were still firmly convinced of “the fact” that they would not be able to quit smoking any time soon. I shared that vision. After dozens of attempts to quit, I had given up a little and decided to leave it at that. Quitting smoking in itself was not that difficult. You smoke your last cigarette. You finish it. And you don’t smoke another one. Simple, isn’t it? I always managed to keep that up for a few days or a week. And then, something would happen that would make me start smoking again. So quitting smoking? No, I couldn’t see myself doing that any time soon.

Then, one day, those two colleagues suddenly quit smoking. I couldn’t believe it. They told me about the “miracle drug” Champix: a medicine that can help you to quit smoking. It contains the active ingredient varenicline, which you can think of as a withdrawal aid. It reduces the brain’s sensitivity to nicotine, which in turn reduces the desire for nicotine. And so the pleasure of smoking a cigarette also disappears. It is not a nicotine replacement, but a ‘nicotine detoxifier’.

The moment I quit smoking

I had enough reasons and enough motivation to quit smoking. Yet the arrival of the coronavirus gave me the final push. Having type 1 diabetes, I already am part of a risk group; and especially with the coronavirus lurking, I decided this was the best moment to take better care of myself and my lungs… I made an appointment with my GP right away. If my two colleagues can quit smoking, then so can I.

I took the first pill on my birthday. During the first week I took a 0.5 mg pill in the morning and one in the evening. This was increased to 1 mg in the second week. The “nice” thing about the first weeks is that you can keep on smoking. The high threshold of quitting smoking, which you normally have to overcome, is therefore a lot less.

In the second week, I noticed that I started to dislike smoking. The nice feeling of a cigarette in the morning was gone. I was happy about that, this was what I was trying to achieve, but I also missed that nice feeling. Every day I started to find smoking less enjoyable. And although I still lit up a cigarette regularly, I put it out more and more often halfway through because I started to find it distasteful. After using Champix for ten days, I quit smoking.

The first few weeks with Champix

Quitting smoking this time was actually quite easy, thanks to the use of Champix. I didn’t feel the need to smoke anymore because I didn’t like the taste. I did however found it hard to forget the regular “moments of smoking”. Normally I would smoke a cigarette after breakfast, then another one two hours later, then around lunch, etc. At these moments I still thought about it, and sometimes I felt like smoking, but fortunately I could put it out of my mind quite easily.

What I did have more trouble with in the first few weeks were the side effects. With the 0.5 mg pills it went well and I had no problems at all. This however changed when the dosage was increased to 1 mg. I felt very nauseous, had headaches and did not sleep as well because I felt restless and dreamed more than usual. These side effects were most noticeable in the hours after taking the pill.

In the third week I called my GP. I told him that the side effects were becoming a problem for me, he suggested that I should stop taking Champix prematurely. I was not very happy about that. Yes, I might have quit smoking. But I know how that went the previous times… I suggested to cut the pills in half and go back to the 0.5 mg dosage. The GP thought that it was fine, and agreed. In the end, this meant that I could still use Champix effectively without any side effects.

The proof that Champix really works

All my previous attempts to quit smoking have failed because at emotionally difficult moments, I saw smoking a cigarette as the only way out. And even though you only smoke one cigarette, you often still end up with a packet of cigarettes bringing you back to square one. After three months of not smoking, something happened in my life that made me not very happy, to say the least. That evening my friends came to my rescue, some wine was involved as well and meanwhile I found myself with a cigarette between my fingers, like in the old days.

The annoying thing, but at the same time the good thing, was that I disliked the smoking a lot. Of course this felt a bit like a disappointment, but it also meant that I wasn’t back to square one. In the days that followed, I smoked a cigarette after my morning cappuccino, but I put it out after two puffs. Smoking didn’t work for me any more. It was a confirmation for me that Champix really works and that I had really quit despite the small number of cigarettes that I smoked, and that I didn’t like at all.

How to quit smoking? My tips!

To all of you who are still struggling in the same way that I did for years, here are two tips that will hopefully help you to quit smoking.

A non-smoker, also without pills

In the past few weeks I have been forgetting to take a pill more and more often, which was a good moment to stop completely. Somehow I was afraid that without the pills I would get the desire to smoke again, but thankfully this is not the case. I’m proud to say that even without taking the Champix pills I’m still a non-smoker! 🙂