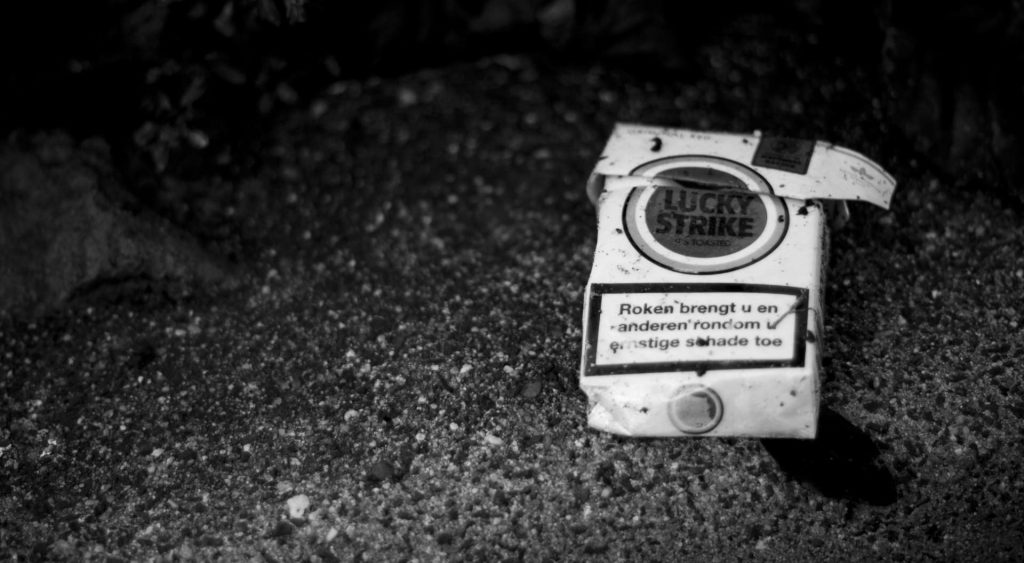 It’s been six months since I quit smoking!

While walking to the metro station I smoke a cigarette and then a few hours later around ten o’clock I take my first smoking break at work. This is followed by about three or four more smoking breaks and in the evening, on my way home, I smoke another cigarette. It’s strange that just over six months ago my days looked like this. I can still remember that when I lived in my student room, I woke up and had a cigarette in my window frame first thing in the morning. In the meantime, I have quit smoking for six months now and it is going better than expected!

When I met my boyfriend four years ago, we were both smokers. We smoked in the morning before going to work, at work, before dinner, after dinner and before going to bed. In retrospect, it doesn’t make much sense. But you don’t stop smoking overnight. Smoking is not only a physical addiction, it’s above all a mental one. If you smoke a cigarette every day in the morning while walking to the metro station and suddenly find yourself without a cigarette, it feels uncomfortable, as if something is wrong, as if something is missing. That feeling is irritating and difficult to break.

At some point in 2012, we both quit smoking, but that was only for a short while. Why would you stop anyway? Yes it is unhealthy, but you can also end up in front of a bus tomorrow. There are plenty of people who live to a very old age while smoking a pack a day. It is expensive, but hey, you don’t work for nothing. In the end, it all boiled down to the fact that there wasn’t a clear motive to stop. We stopped again in 2014, but if you then have to deal with a quarterlife crisis, you easily fall back into familiar (bad) habits.

However, we had limited smoking a little bit since we had switched to an electric cigarette at home and therefore I only really smoked during the day. With such an electric cigarette, which is probably very bad too, but at least better than a normal cigarette, you still get the nicotine, but fewer other harmful substances such as tar and carbon monoxide.

Smoking on the roof terrace of the hospital

In April this year, I suddenly found myself in hospital and diagnosed with type 1 diabetes. The morning after the diagnosis I put on my coat over my pyjamas and found my way to the roof terrace. Time for my morning cigarette. Because having diabetes and smoking isn’t the smartest combination, I knew at that very moment that I had to stop. But stop right now? Right at the moment when my whole life was being turned upside down? Yes, bye. That will come one day. First I have to get everything back on track, then I have to stop smoking. Step by step.

I quit anyway, with the help of the electric cigarette!

Two months later, in June, I smoked my last cigarette after we returned home from our weekend at Landal Greenparks. I thought it was unfair. I cried my eyes out. I didn’t want to stop at all. But fortunately the electric cigarette was my rescue. With it I could keep my habit going and I also got some nicotine. But after that I started to cut down on the nicotine.

From sixteen milligrams I went to eleven, to six and then I had an electric cigarette without nicotine. In this way, I first of all reduced my physical addiction and then cut down on the habit. When we went on holiday to Lisbon, I took the electric cigarette with me, but I didn’t use it. From that moment on, it was all over! Although that was about three months ago now, my last real cigarette was six months ago today! Woohoo!

Because I didn’t succeed the last time, I thought it would be very difficult to really stop again, but it’s going better than expected! Personally, I think it has to do with the slow phase-out. I may have stopped smoking cigarettes overnight, but the habit of smoking continued for a few months. I have now been off the habit for six months and, strangely enough, it doesn’t bother me at all. This is mainly because I don’t give myself a choice. In my case smoking is just stupid. So I don’t! 🙂

Update: unfortunately, at a later date I fell into the trap again and went from being a non-smoker, to being a smoker again. Fortunately, a few years later I realised again that to quit smoking is the only sensible choice. This time with the help of a drug: Champix. In this article you can read more about my most recent and so far most successful attempt to quit!