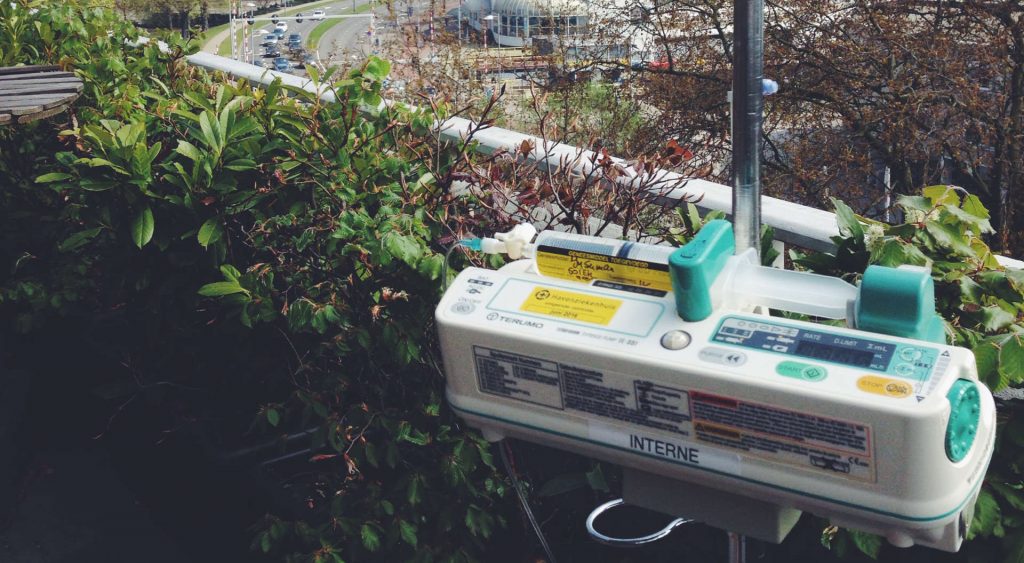 The diagnosis of diabetes; an emotional rollercoaster

I would love to thank everyone personally for their kind and encouraging messages, but that would take me a while. So hereby, thank you all very much. I appreciate it enormously and had never expected so many kind replies. It does feel a bit silly, because I still feel like I’m in a kind of phase of denial. Yes, I have diabetes, I know. And that is it. Apart from that, I try to think about it as little as possible.

The first 24 hours in the hospital

When I was told at the emergency room that from now on I would have to go through life as a diabetic and had to be admitted to the ‘Havenziekenhuis’, there was a small moment of panic and some tears followed. I didn’t expect this. Yesterday I was pretty cool and laconic and thought it was all fine. I thought: let’s get this glucose level down and then I can go home, simple as that.

This morning I had a blood glucose value of 5 mmol/l. Super good! Very happy about that. If the value after breakfast would still be this good, I would be relieved of my IV and insulin pump. After breakfast and the shower my value was measured again and it was a big disappointment. 25 mmol/l. Jesus. What a hassle. How difficult. And then the tears came. This is real. I am so very angry with my own body.

The bodies of type 1 diabetics no longer produce any insulin at all. This is because the immune system accidentally destroys the cells that produce insulin.

Why? How do you come up with that?

By accident? Is the immune system in my body that stupid? Let’s all accidentally destroy cells that are desperately needed. How do you come up with that? When I think about it I get angry, very angry. And that is exactly the reason why I try to think about it as little as possible. But I have no choice. I have to go on. Whether I want to or not.

Around lunch time, I had an appointment with the diabetes nurse and everything was explained to me. In no time, I had an insulin pen in my belly and my first ‘units’ were set. When I was on my own for a while afterwards, I broke down. The lack of understanding, the panic. I don’t feel ill, but I am ill, chronically ill even, and I will be ill for the rest of my life. That hit me hard. Thankfully, I’ll be in regular contact with the diabetes nurse and she will also help me accept all of this.

Hopefully I will be able to go home soon

If all goes well and I have enough confidence in myself, I can go home tomorrow afternoon! Something I’m really looking forward to, but also am quite nervous about, because then my new life ‘really’ begins. Although I’ll be out of hospital by then, I’ll still be there a lot in the coming months, to check with the diabetes nurse and dieticians how I can best deal with having diabetes in my day-to-day life. It’s an emotional rollercoaster and it all feels very unfair. But it is what it is and I will fight no matter what and do my very best.