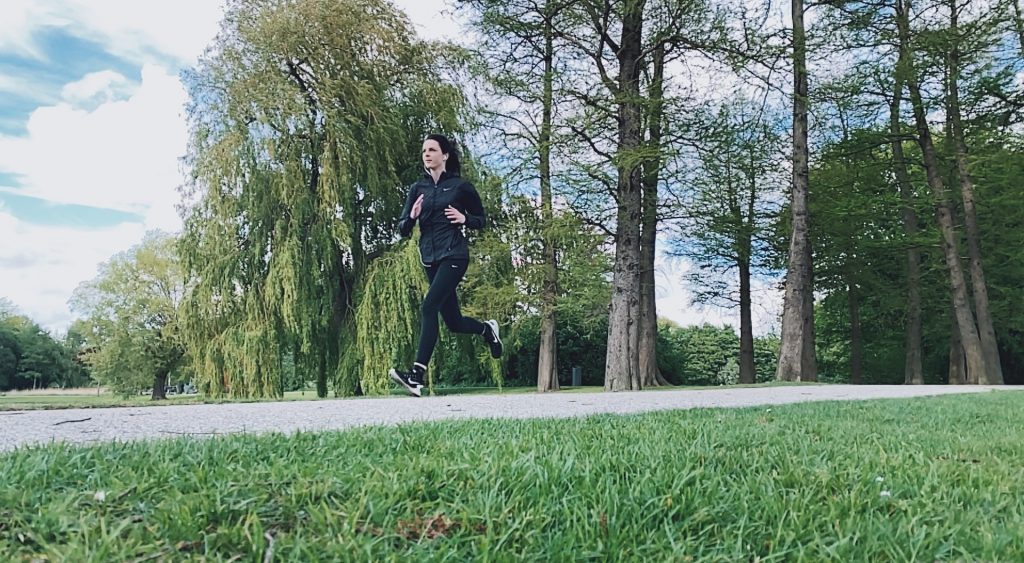 This is how you make running with diabetes less stressful

Before I was diagnosed with Type 1 Diabetes, over five years ago, running was part of my weekly routine. After the diagnosis, things suddenly changed. I found running difficult in combination with having diabetes. Impossible, even. But luckily, it all worked out and I managed to find a way to make running with diabetes less stressful.

Running after the diagnosis

Despite the fact that my life had been turned upside down by the diagnosis of diabetes, I put on my running shoes again less than a month later. It was clear that running had an effect on my blood glucose levels, but I thought it went reasonably well. In reality, I was just messing around and, although I had no idea what I was doing, it was going fine. But suddenly things started to get worse and I was no longer able to keep my levels under control. That’s when I gave up.

I thought having diabetes was already complicated enough. To make it even more complicated by running? No thanks. As a result, my running shoes were put away for a little less than a year. But after that year the idea of running got me excited again. Through trial and error, I learned what works for me and what doesn’t, which is how running became part of my weekly routine again.

It is important to realise that nobody is the same and that every body reacts differently to exercise. This is especially true if you have diabetes! These five tips make it easier for me to put on my running shoes and to run with more confidence.

Make sure you know in advance when you want to run. Of course it would be nice to be able to decide to go running at any time of the day, but I also know that I am making things unnecessarily complicated for myself because of my diabetes. By accepting that and making a plan in advance, the rest becomes a lot easier.

Part of that plan is picking a good moment. This is something that varies from person to person and is something you need to discover for yourself. There are many people who like to run before breakfast or before dinner. Personally, I like to run before lunch or before dinner. At these times, I don’t have active insulin and I feel more in control of the predictability of my blood glucose levels.

Make sure that you are ready

When you have a plan and you have picked a good moment, you can take that into account with what you eat. That means that if I know I am going to run after lunch and before dinner, I will bolus a little less so that I am not at 5.5 mmol/l but between 7 – 10 mmol/l. If my blood glucose is still below 7 mmol/l when I want to run, then I take some dextro as a precaution, or I turn off my basal for 30 minutes. If my blood glucose is above 10 mmol/l, I do half of a correction bolus so that my blood glucose can go down again but does not develop into a hypo.

Take dextro with you

Even if you think you don’t need it, take dextro with you when you go running. At all times. Although I rarely end up with a hypo while running, I can never completely rule it out. Also, knowing that you have dextro with you takes away some of the stress. Are you feeling a bit off? Then just stop, sit down and take some dextro if you feel shaky. If there is one thing that is not fun, it is running home in a state of panic because you need some dextro. Been there. Done that.

Pay attention to your levels after running

Running increases your insulin sensitivity. This means that after your run, you can do the same thing with less insulin. If you don’t take this into account, you can end up in hypo after hypo. I used to make adjustments to my basal rate, but I don’t have to do that anymore now that my body got used to the running. The only thing I do after my run is to bolus less for my next meal; about 75%. The most important thing is to be alert after your run so that you can understand how your body works. And once you understand that, it becomes a little bit easier each time.

It takes time and determination to find out for yourself what works and what doesn’t. But believe me, it’s worth it. I am very happy that running has become part of my weekly routine again.

What do you do to make running less stressful?